I hope everybody had a nice summer! I would like to let you know that the debut album of Wouter Van de Broeck is out now on Solidude Records. The band, Don Marsh V, consists out of Wouter on piano, Warre Van de Putte on tenor saxophone, Janos Bruneel on double bass, Jean-Paul Estièvenart on trumpet, and myself on drums. We’ll be playing some concerts the coming months to celebrate this release, check the concert section for more info. I have two new releases to share with everybody!

The first one has been long in the making. The debut album of Rapidman is finally here and is released on Solitude Records. We’ll be playing some concerts, through JazzLab, the coming weeks to celebrate the release. 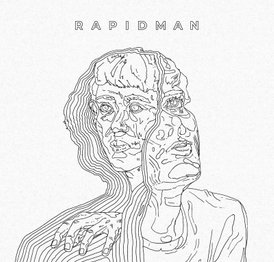 The second one is the first album of my buddy and fantastic guitarist Roeland Celis. It features Hendrik Vanattenhoven, Muriel Urquidi, Lennert Baerts, and Frank Vaganée. The album is released on Soul Factory Records and can be bought on their website or through bandcamp.

Soon again with this cool band! Check the dates be

Playing with Belgian jazz royalty, such a pleasure

With my friends Pauline and Victor at Jacques Pelz

I had the pleasure of being interviewed by @hierzi

This week the first single of my friend @monevdw i

We had a fun run with @donmarsh_music V. We’ll b

Some pictures from yesterday’s gig by @roger_van

Watch out cymbal, I’m coming for you! Photo by @

The guys posing for the picture, me trying to orde

Fun drawings by Geert Clarisse. First one from @ra